217-487-6862 LOCATIONS & HOURS
An estimated 61 million adults in the United States are at risk for serious vision loss, but only half visited an eye doctor in the last 12 months.
– Centers for Disease Control

Our optometrists take the time to explain the results of your eye exam, describe your options and listen to your eye care needs. Because maintaining good eye health is an ongoing partnership, we encourage you to ask questions and share your health information, which could be vital to monitoring, diagnosing and treating potential vision problems.

Dr. Murphy has over 26 years of experience in Optometry, including 13 years of practice in Tucson. Dr. Murphy originally hails from Michigan, where he attended Central Michigan University prior to attending the Pennsylvania College of Optometry (now known as Salus University) in Philadelphia, PA. Dr. Murphy received his Doctorate in Optometry in 1991 and moved to Colorado to begin his career.

While in Colorado he met his wife Caroline, a Tucson native and U of A graduate. They moved to Tucson in 2005 and now have two wonderful daughters.

Dr. Murphy enjoys spending time with his family and recreating in the White Mountains. He also enjoys playing the bagpipes, which he first learned in Colorado. He has played locally with the Hugh O’Conor Memorial Pipe band, and currently plays with the Tucson and District Pipe Band.

Dr. Murphy has worked with Dr. Mulgrew since 2006 and is proud to be a partner at Affinity Eyecare. 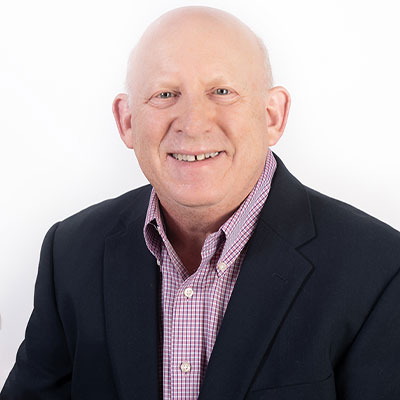 Dr. Rosen is a native of Indiana and, after graduation, he and his wife, Dr. Karen Rosen, moved to St. Louis, Missouri, and founded their own private optometry practice before moving to Tucson, Arizona, in 2019. Dr. Rosen’s choice of a career in optometry was influenced by his father and grandfather, both of whom were optometrists. He recalls that they were very satisfied in their careers and that he respected how much they were able to help people. Dr. Rosen enjoys being able to use his knowledge to improve his patients’ vision and have a positive impact in their everyday lives.

When Dr. Rosen is not treating patients, his hobbies include photography, playing golf, watching St. Louis Cardinals baseball, and playing with his granddaughter.